If one counts candidates in the running for the San Ramon council as well — activist Sameera Rajwade, IT professional Varun Kaushal, and former San Ramon Parks and Community Services Commissioner Sridhar Verose — it brings the total of South Asians vying for office to eight. Rajwade, in her early twenties, is the youngest. Kaushal and Verose are in their late thirties and forties, respectively.

The numbers are a testament to the changing landscape of San Ramon. In 2010, the town’s population was 53.6 percent white; in 2017, that was down to 7.6 percent. In the same period, the number of Asians in the city grew from 36.6 percent to 42.3 percent. Last year, the San Ramon population was estimated to be 75,995, according to 2019 data from the U.S. Census Bureau. Numbers from 2017 City Data, show that 35.4 percent of San Ramon residents are foreign-born (6.0 percent born in Asia), which is 23.9 percent greater than the foreign-born rate of 27.0 percent across the entire state of California.

Vision for a Better San Ramon

Despite being pitted against each other in the crowded mayoral race, Zafar says she is happy that so many South Asian American candidates are running for office. “It speaks volumes of how far along we as a community have come.” And even if there’s competition, “there is also a sense of pride and achievement in each and everyone running,” she adds. Adds Madireddi: “We are fortunate to live in such a vibrant city that embraces inclusion and diversity. Our city needs strong leadership that leads us to a better future.”

However different they might be from each other in terms of their experience, backgrounds and profession, Madireddi, Nayak and Zafar are bound by their love and commitment to the town they’ve called home for several years. Affordable housing, transparent governance, affordable healthcare, equal educational opportunities, youth leadership development, enhanced public safety, improved transportation, sustainable environment, development of small businesses, preservation of open spaces, and increased civic participation are among their top priorities. Another advantage the mayoral candidates have is experience in the public school systems from a parental point of view; all have kids in the system, and have been actively involved in the parent teacher groups.

Neither of the three women are new to local elections. In 2016, both Zafar and Nayak made an unsuccessful bid for the city council. Two years later, Zafar was elected to the city council on her second try in 2018. The Mercury News says “Zafar has earned the respect of her colleagues, is prudently cautious about city finances and is stridently clear that the city must provide more housing for workers, especially younger members of the workforce.” It cites Zafar as being among the strongest candidates for mayor.

Similarly, Madireddi previously ran for elected office in November 2018, finishing in fourth place in the four-candidate race for two open City Council seats. One of the first ones to announce her bid for mayor, Maddireddi told this writer that she decided to run because San Ramon is at a critical point.

“Policies and ideas that may have worked in the past will not pass the litmus test today, when it comes to effective governance. I want San Ramon to be fiscally smart and sound for decades to come,” says the 21-year San Ramon resident, who’s an entrepreneur and city and school volunteer. 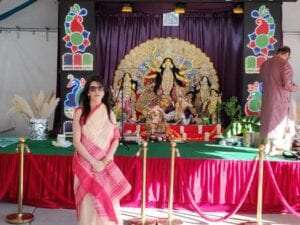 So what is behind the sudden flux of Indian American candidates running for local office?

Longtime San Ramon resident, Girish Muckai, an IT professional, told this writer that the growing Indian American political representation translates to the “significant increase” of the community’s presence. “What attracts people, particularly young families to the town is the excellent school district, open spaces and parks and safe neighborhoods,” Muckai said. 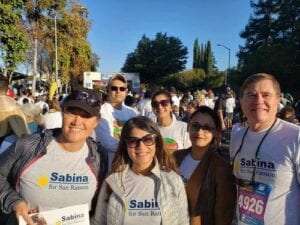 “People are passionate about local issues – like commute, traffic congestion and open spaces and safe neighborhoods, and have realized that their involvement is necessary to bring change.”

However, the increase in the Indian American population in San Ramon doesn’t necessarily translate to votes, because of immigration status. Sources within the local government told this writer that so far, an estimated 5,000 Indian-Americans are registered to vote. One of the reasons for that is the rise of young families in the area. “Most are on work visas and the excellent public schools and the growing real estate development attracts them to the city,” Madireddi says.

Apart from the schools and the parks and the valley, the low crime scene also attracts people to San Ramon, Zafar says. San Ramon ranks as the third safest city in California – and second safest in the Bay Area – by the national online security and home safety resource organization SafeWise.