Back to contents
Pioneers
0

I cannot tell you the exact moment I knew I wanted to be a dancer because this journey feels more like a culmination of my life experiences leading me to this moment today. You wouldn’t expect it, but I don’t have a concrete memory of ever feeling like I was born to be a dancer – the usual feeling a lot of artists we know seem to have. However, I always remember dance being a part of my life growing up. I grew up in it and with it.

My mother told me that every time they would play the Vengaboys CD, I would begin to kick in the womb to the sound of the music and to date that is the purest memory of movement I hold in my mind. Dance was just always there.

I was 6 years old when my parents enrolled me into my first dance class. I am now 22 years old, and there hasn’t been a single moment since then in which I was not involved in dance. I fell in love with dance, and it became an integral part of my identity.

By the age of 13, I was traveling all over Delhi training at the DanceworX Performing Arts Academy, ultimately becoming one of the youngest members to join their Senior Repertory Company at the age of 15. DanceworX allowed me to have a great performance career at a very young age performing annually at their Summer and winter workshops as well as their other productions. I was also working as an Assistant Instructor assisting several batches of all levels splitting my time between two dance studios across Delhi. With school ending and the next chapter of my life about to start, I knew I wanted to pursue dance professionally.

Dance was and still is considered an unconventional career choice in India, except maybe when your goal is to work in Bollywood. My parents didn’t quite understand this crazy career that I was insisting upon but supported in every way they knew how. I was giving my 12th grade examinations while recording audition tapes every week, on top of preparing for my SATs, as well as continuing my training and teaching hours at the studio.

I still remember that moment clear as day in my head. It was 4:24 a.m. on a school night and I was up revising for my last pre-board, and I got the email. I had got accepted into the Conservatory of Performing Arts at Point Park University in Pittsburgh, which is the third top school in the United States for dance. Not only that, but they also offered me an artistic scholarship to help with my financials to join the program.

I was too stunned to speak and just sat there in shock trying to fathom this incredible opportunity I had just been offered. It was a risky situation with the proposed immigration policies in America, but I knew that it was where I was meant to be. Countless visa documents and embassy trips later my 17-year-old self-found herself dancing in the beautiful dance studios at Point Park, training every day.

Being the only native Indian in the dance program came with its own struggles. I grew up a lot during those time, not only as a dancer but also a person. Also being an international student deprived of privileges accessible to my American counterparts, I had to work twice as hard for everything. I was working two jobs at my university to help my family with my college expenses while enrolled as a full-time student. My days would consist of dancing from 8 a.m. to 4 p.m, and then going to work from 6 p.m. to midnight on most days.

I poured my blood, sweat, and tears (quite literally), to make this dream of attending this university my continued reality. Four years later, I graduated with my Bachelor of Fine Arts in Dance degree, with a minor in psychology, accompanied by my family on Zoom. I produced my senior thesis; a 6-minute dance piece titled “Pathos,” which was showcased at the George Rowland White Theater in our university. Watching my work being performed at the same venue I watched some of the leading industry artists perform/showcase their work just four years ago, it felt surreal.

Taking a leap of faith, I moved to New York to begin my professional dance career. I’m currently working as one of the lead dancers in the Summer Suit Performance Tour with the Gotham Dance Theater Company based in NYC. I also worked as a lead performer in an off-Broadway production of “How I Almost Died at Prom – an Elaborate Cabaret” performed at the Magnet Theater in New York. When I’m not performing, I work as a judge on the panel for Legacy Dance Championship, a national dance competition taking place across the United States. I also work as a teaching artist at WR Arts, an organization promoting dance and movement in public schools across Brooklyn.

I’m in the process of applying for my O-1 visa, which grants me three more years to work professionally in my field. In the coming future I hope to land a contract with a dance company continuing my training while also producing my own works as an emerging choreographer.

I aspire to go back to India with unmatched experience to share with other aspiring artists, encouraging them to believe in pursuing unconventional career paths and the endless possibilities art offers. All artistic careers demand unmatched grit, dedication to years of training, perseverance, talent, and strength- both physical and mental. Art was, is, and will always be an essential to society and deserves the same respect accorded to careers of other fields, if not more.

0
Shreya Rawat April 5, 2022
SUBSCRIBE
Get related topics
in you email. 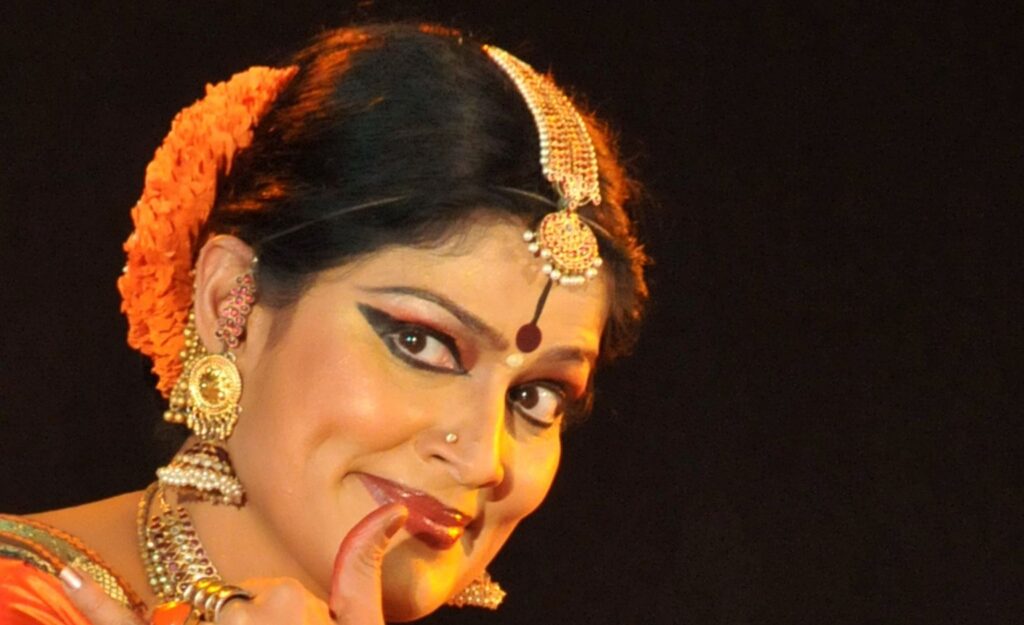 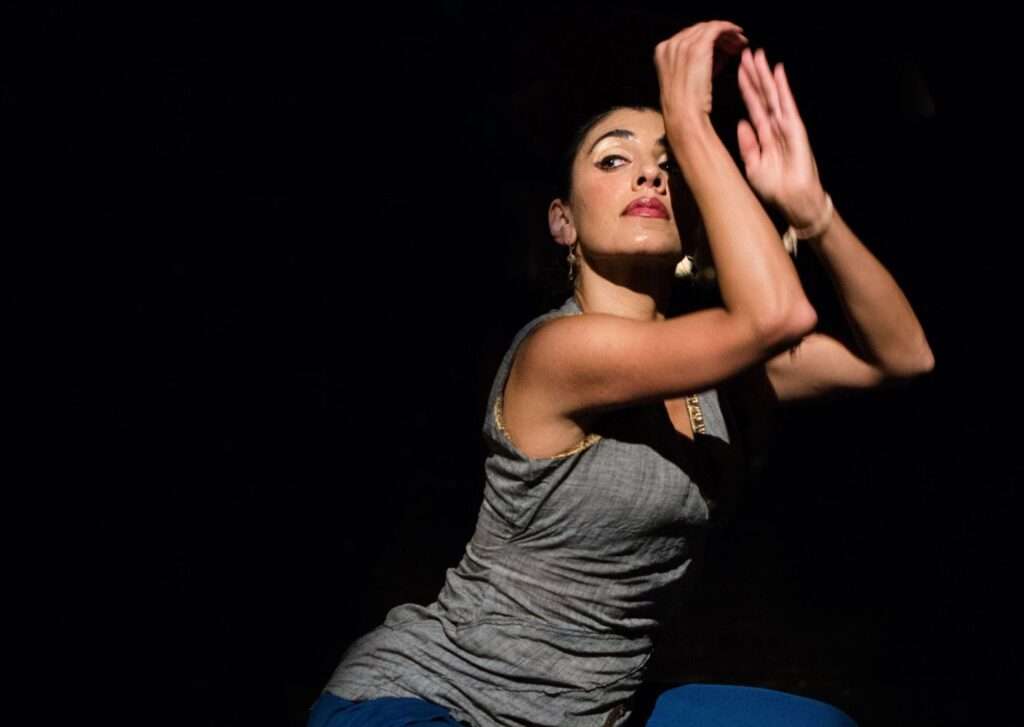 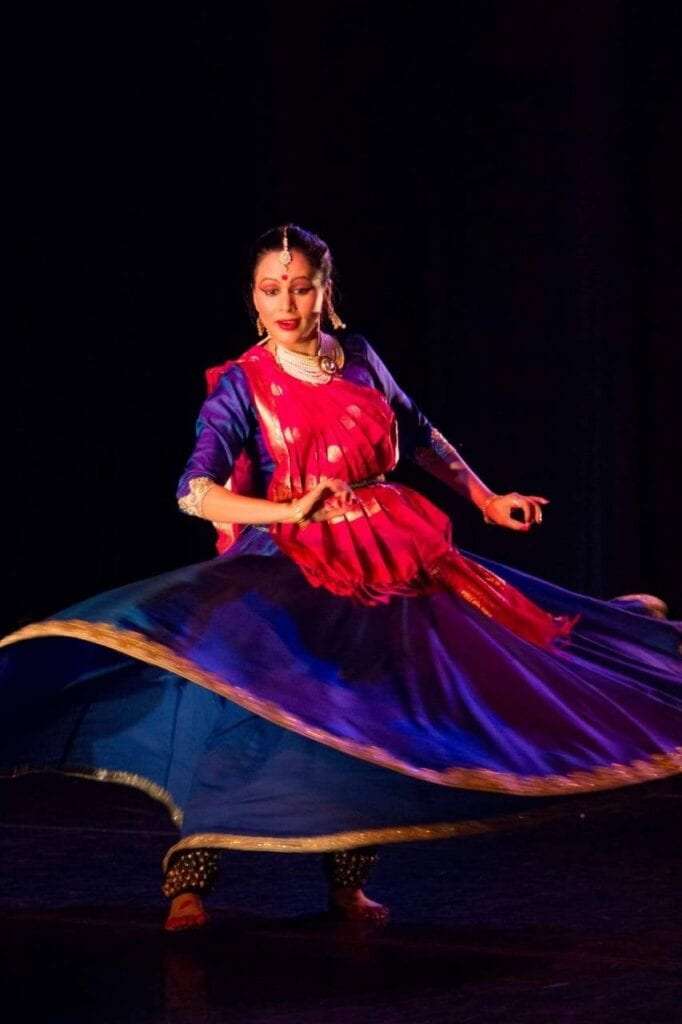 Influencers
Meenal Sajwan: Just the Way She Moves
2 years ago / by Alpana Varma