The U.S. publishing industry is grappling with the question of representation and inclusion of diverse voices like never before. Despite more books published by authors of color, publications continue with books that are at odds with the Own Voices campaign — a movement to demand and highlight works by authors writing about their identity and experience.

After all, it was this year that Jeanine Cummins’ stereotypical encapsulation of Mexican politics in her novel “American Dirt” cooked up a maelstrom and raised questions about who gets the platform to tell what kind of story.

When it comes to Indian American literature, in particular, there has been a centering of very specific writers – upper-caste voices from families who originated from mainland India. Dalit, Muslim, queer, and writers from northeast India are rarely afforded the same rollout as the other, more recognizable Indian writers. Yet, as we strive for better inclusion and representation, it is important to acknowledge that this year saw several books from Indian American authors. We want to take a moment and highlight, in particular, these five books by women of Indian origin — three of which are debuts. Each book, while grappling with identity, and subverting expectations about culture, politics, and femininity, is wildly different from the other.

“A Burning,” by Megha Majumdar, Knopf 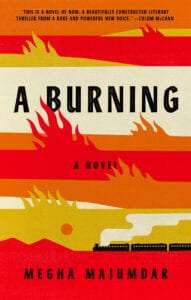 One of the most talked-about books of the year, this fiery, political debut from Megha Majumdar was an instant bestseller and is sure to find itself on all the best of the year lists. Fast-paced and impeccably charged with detail, “A Burning” is the story of Jivan, a young Muslim woman who is charged with a terror plot because of a Facebook post. As Jivan’s story takes her to prison, other lives become enmeshed in her downfall. Majumdar’s book is powerful for many reasons: its excellent, rhythmic prose and its perceptive and sympathetic approach to its characters, but most of all it is powerful for bearing witness to a very trying time in Indian politics — where thoughts can take down all dissent, where activists, writers, and academics are being arrested as political prisoners. By centering the story around a young Muslim woman with promise, as opposed to an established artist, Majumdar grounds the novel in a reality that is too close for comfort and makes it scarily relevant.

If Amar Chitra Katha leaned into feminism and autonomy and celebrated femme bodies and their journeys, then it would be as dynamic as Bishakh Som’s utterly original work of graphic stories, “Apsara Engine”. In this collection comprising eight stories, Som centers femme South Asian characters and through evocative, simple arcs, renders narratives that are at once magical, moving, and deeply sympathetic. Halfway through working on this collection, Som came out as a trans woman, and the momentousness of change is reflected in the journeys of each character in “Apsara Engine.” The mythical inspiration too is obvious — much like the Apsaras in Hindu mythology, the femmes in Som’s book carry a myriad of possibilities. Som is unafraid to bend space and time, chart alternative timelines, and invoke whole words without architectural refrain. Consider this one of the best graphic narratives in recent times! 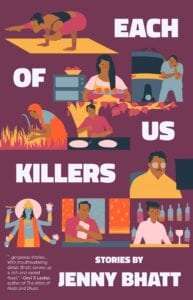 The short stories in Jenny Bhatt’s debut collection invoke the byzantine experiences that link Indians and the diaspora to the world at large. Bhatt’s purview never falls short: in 15 stories, she takes on caste, immigration, microaggressions, gender, class, and family to tell the stories of a range of characters that includes diaspora members, Indian students studying abroad, and even villagers. From the titular story in which a group of Dalit villagers discuss a tragedy with a Dalit journalist, their rural and urban lives wedging a separation between their experiences, to the first story, “Return to India,” where we learn of an immigrant through the interrogations of his co-workers in America, which, in turn, reveal their racial biases, “Each of Us Killers” is unafraid to acknowledge how expectations, restrictions, and norms govern and control the lives of each of its characters.

“World of Wonders: In Praise of Fireflies, Whale Sharks, and Other Astonishments,” by Aimee Nezhukumatathil, Milkweed Editions 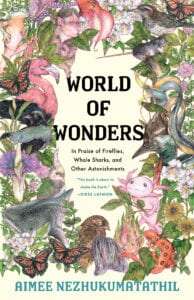 In Aimee Nezhukumatathil’s exhilarating essay collection, the intricacies of the world, its mysterious functioning, its beauty and detail, its surprises and choices come alive in stirring fashion. As the child of a mother from the Philippines and a father from Kerala, India, who often traveled for work, Nezhukumatathil turned to nature to ground herself. And it is to this nature that she pays tribute in this collection. But it isn’t just wonder that Nezhukumatathil captures; the instincts that kill and attack to survive, the extinctions, and nature’s weird manifestations — they all have space to shine and affirm their existence. Ultimately, “World of Wonders” seeks for all of us to turn to nature, enjoy its bounty, and feel connected through our relationship with it.

“This Is One Way To Dance,” by Sejal Shah, UGA Press

Though Sejal Shah’s debut collection is a book of essays, genre and form are incidental to the writing as Shah consistently subverts narrative expectations to surprise the readers with stories that are deeply felt. Indeed, sometimes nonfiction makes way for both poetry and fiction, so Shah can tell the stories of her formative years, of her identity as a brown woman in New England, and representation undeterred. Her essays are poetic, her poetry narrative, and her prose fluid and ever-changing. Dance, particularly movement — that contorts geography, communities, and timelines — provides the underlying rhythm to Shah’s collection. Spanning two decades, Shah’s book is cavernous and thus one of the most fulfilling reads of this year.