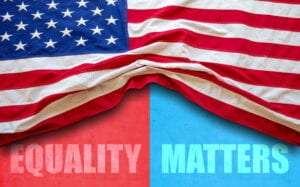 Plowing through the pandemic has not been easy. A study by the Pew Research Center stated that minority groups, including Asian and Black communities, have reported facing racism since the pandemic hit. Other studies also suggest that there has been a surge in racist attitudes toward people of color. SEEMA has reported on Covid’s triple burden on women who are either immigrants or children of immigrants, which adds an extra layer of complexity to their mental health.

Often, socio-economic disparities in minority communities are tied closely to lack of health care access, including care for mental health issues. The U.S. Department of Health’s Substance Abuse and Mental Health Services Administration (SAMHSA) stated that  communities of color experiencing structural racism have been more vulnerable during the pandemic.

Raghavan, who focuses on the cross-cultural aspects of mental health in her practice, discusses how the socio-economic milieu is crucial in determining the disproportionate impact of a crisis like the COVID-19 pandemic on people of color, and what    folks can do to care for themselves during this unprecedented time.

Per the Economic Policy Institute, people of color make up for at least half of all essential workers – health care workers, grocery store and general merchandise employees, workers in production and food processing industries, maintenance workers, and drivers, among others – which leaves them more exposed to COVID-19.

“It is a difficult time to be a front-line essential worker. You’re exposed to more risk, often working longer hours with less support, Raghavan said. “Many of the resources we’d normally access in non-pandemic times are not available to us, but it’s especially important for front line workers to take care of their mental health and wellness,”

“First, a daily mental health scan – when you get home, check-in with yourself,” she said. “The way you might scan the body for aches and pains, scan the psyche… Are you feeling down? Anxious? Physically tense? Tired? Do you find yourself getting short with people or feeling like you don’t have emotional energy or space for things? These feelings are normal, but you can’t work on them if you’re not aware. Then, communicate with somebody – perhaps a work buddy who shares some of your frustrations or understands your working conditions. It can be validating and reduce emotional isolation to hear somebody say, ‘yes, that’s happening to me too.’”

Dr. Raghavan suggests to bring in something “positive or pleasant into each day,” like spending time outdoors, taking breaks during the workday to step outside. — “Even a few minutes of activity or fresh air can reduce stress, she said, adding that steering clear from news, social media, or potentially triggering information during breaks could also prove beneficial.

It has become far more common to express racist views and sentiments since the coronavirus hit. In April, NBC News reported that at least 30 percent of Americans had witnessed someone blame Asians for the coronavirus.

“Psychologically, being on the receiving end of bigotry and racism can elicit a variety of reactions including shame, anger, a sense of isolation and othering, and helplessness,” Raghavan said. “There is evidence supporting race-based traumatic stress that is similar to PTSD; people can feel hypervigilant and emotionally numb.” She added that finding allies and support from people who can validate your experience can reduce isolation, she said.

Finding a therapist of color who deals with racial and ethnic issues will be fruitful when looking for professional help or counseling, Dr. Raghavan said.

According to an American Psychiatric Association report titled “Mental Health Disparities: Diverse Populations,”  health care providers’ lack of cultural understanding may contribute to under diagnosis and/or misdiagnosis of mental illness in people from racially/ethnically diverse populations. Some factors that contribute to such misdiagnoses include language barriers between the patient and the provider, stigma about mental illness in minority groups, and cultural presentation of symptoms.

A September survey by the American Medical Association’s JAMA network showed that Americans in general exhibited more depressive symptoms during COVID-19 than before the pandemic. Asians saw an 18.7% spike in symptoms of depression during the pandemic, the survey reported.

Economic stressors such as low-income wages and lack of job security, among others, are some of the most pressing issues for minority communities. When it comes to the informal sector, people of color are overrepresented and therefore are more vulnerable to layoffs. “The economic stressors during the pandemic can be very frightening, particularly because of the intense uncertainty,” Raghavan said.

She suggested working with a financially savvy friend or a family member to help ensure effective budgeting and seeking help with domestic responsibilities from friends and family.

“Have friends help with childcare or ask somebody to drop off a meal once in a while. Communities of color have long-standing social scripts for these behaviors partially borne out of economic precarity,” Raghavan said.

As the pandemic continues to take a toll on us, taking one day at a time and marshaling on is the way forward.

“Above all, remember that you are in a highly unusual and extreme situation and try to practice self-compassion: you don’t have to function the way you did pre-pandemic,” Raghavan said. “You just have to function.”