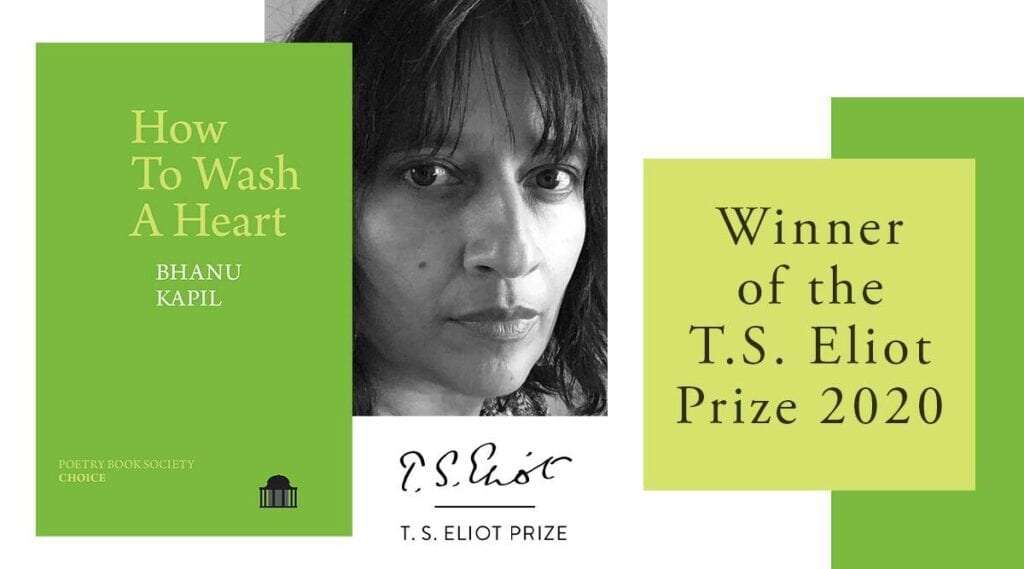 Indian-origin poet Bhanu Kapil is the winner of one of Britain’s most prestigious poetry awards, the T.S. Eliot prize, for her collection ‘How to Wash a Heart.’

The book is Kapil’s first full-length collection published in the U.K. It explores the complex relationship between an immigrant guest and a citizen host. Judges have called her collection “radical and arresting.”

Inaugurated in 1993, the T.S. Eliot Prize for Poetry is awarded annually to the author of best new poetry collection published in the year in the U.K. and Ireland. The winner gets £25,000 prize. Kapil was selected from a group of ten poets whose work was shortlisted for the award. The shortlisted poets will get £1,500.

Poet and novelist Lavinia Greenlaw, who was the chair of the judges, said that Kapil’s work was unanimously chosen by the panel. Greenlaw, poets Mona Arshi and Andrew McMillan were in the panel. “It is a radical and arresting collection that recalibrates what it’s possible for poetry to achieve,” said Greenlaw.

Kapil was born in England to Indian parents and grew up in London in a working-class South Asian community. She has been living in the U.S. for over twenty-years. She has taught in the Department of Writings and Poetics at Naropa University in Boulder, Colorado and also at Goddard College in Vermont. She has a BA from Loughborough University in England and an MA in English Literature from SUNY Brockport in the U.S.

“My interests as a writer have been forged by this history of migration, of coming to understand a border as a site of both transformation and loss. My own work has often crossed borders of different kinds, both in terms of genre and the subjects I am compelled by,” reads an old personal statement by Kapil on Goddard College’s website.

How to Wash a Heart was published by Liverpool University Press’s new imprint Pavilion Poetry. In an interview with her publishers last year, Kapil had said that she was inspired to write this book after seeing a photograph in a newspaper.

“In this photograph, a couple in Berkeley, California had opened their home to a guest with a precarious visa status. What caught my attention was the tautness of the muscles around the mouths of these hosts. Perhaps they were simply nervous of being photographed. Nevertheless, the soft tissue contraction of those particular muscles are at odds (when visible) to a smile itself,” she had said in the interview.

Kapil had said that she didn’t retain the photograph because she didn’t know that she was going to write a book.

“Nevertheless, I immediately began to imagine (fictionalize) a story of hospitality, of being welcomed and welcoming in, that is also “at odds” to the situation itself. For me, this was also a way to write about the discrepancy between being in spaces that, outwardly, present themselves as inclusive, open to outsiders or minority presences, but which, in the lived experience of inhabiting them, is excruciating,” she had said.

Last year, she was among the eight authors who were given the $165,000 Windham Campbell prize, which aims “to call attention to literary achievement and provide writers with the opportunity to focus on their work independent of financial concerns.” During 2019-2020, Kapil was the Judith E. Wilson poetry fellow at the University of Cambridge, the U.K.

She is the author of six books of poetry/prose. Her work includes, The Vertical Interrogation of Strangers, Incubation: a space for monsters, humanimal [a project for future children], and Schizophrene, Ban en Banlieue.

0
Heena Kausar January 29, 2021
SUBSCRIBE
Get related topics
in you email. 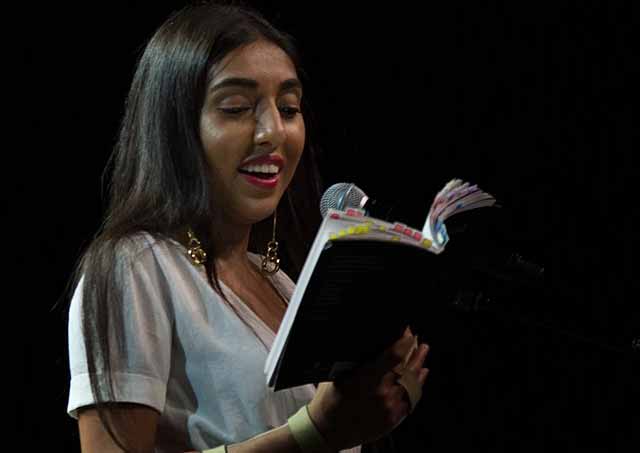 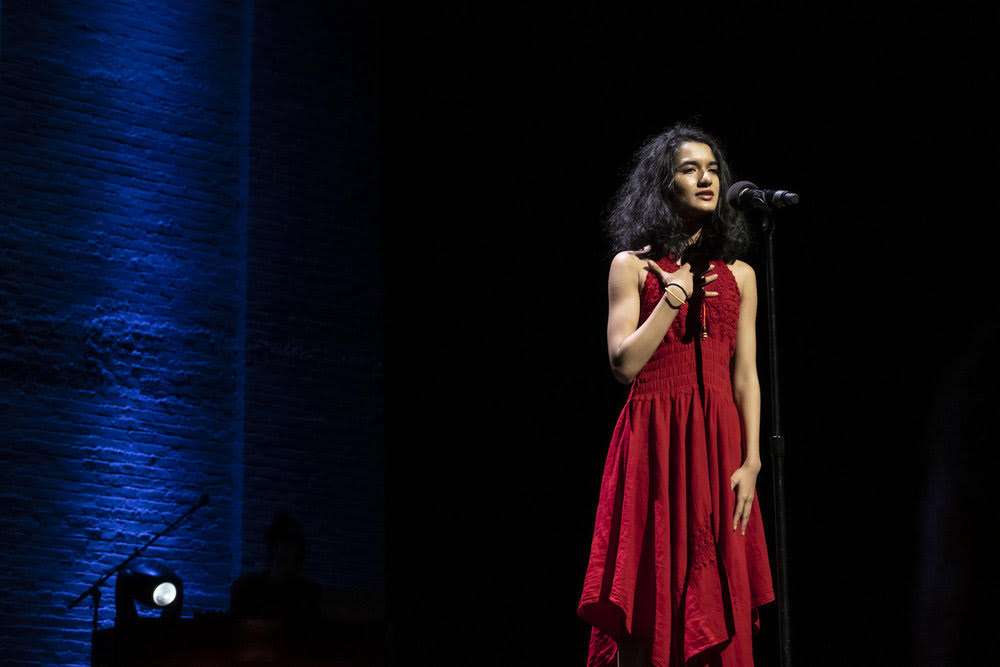 Pioneers
At 17, Meera Dasgupta Has a Way With Words
2 years ago / by Bhargavi Kulkarni