The pandemic has severely restricted travel, but that doesn’t mean you cannot enjoy the world’s repositories of culture. One of the unintended consequences of the pandemic has been the profusion of armchair travel ideas. One of them is the way cultural centers everywhere have adopted technology to reach out to people and made their treasures seamlessly available, to help people virtually immerse themselves in some of the world’s best cultural heritage. From the quirky to the intense, from the terrestrial to celestial, the sky is the limit. Really. Because even NASA offers some engaging virtual tours. So sit back, become the armchair traveler and enjoy these treasures now available at the click of a button.

If there is one image that the word museum evokes, it has to be the magnificent Louvre in Paris. Now it is just a click away. Not only is one of the world’s largest museums but the building itself is a historic monument and is matched by its collection. It offers online tours of some its most important and iconic exhibits such as works of Michelangelo and Egyptian Antiquities. There’s also a 630-degree view of the museum and plenty of information on its exhibits.

Just imagine seeing space from the seat of your armchair. Or, at least getting to know stuff that is happening in space. NASA does precisely this. The agency offers free virtual tours of its Virginia-based Langley Research Center and the Ohio-based Glenn Research Center, while the famous Space Center in Houston even has an app that provides AR (augmented reality) experiences, virtual tours, videos and audio stories on space and exploration.

Without over 2 million art works, the Met, as it is affectionately called, is a New York institution. With the pandemic, now you don’t have to be in the Big Apple to enjoy it. The museum’s website has an online collection and offers virtual tours of some of its most iconic pieces by such greats as Vincent van Gogh and Jackson Pollock.

As iconic as the White House is, there’s something equally spectacular in Washington D.C. and that’s the Smithsonian, which is actually a series of buildings with exhibits. Especially popular is the National Museum of Natural History, whose wonderful treasures are now viewable through an online virtual tour. Viewers can walk it room by room through a 360-degree walking tour of all its exceptional exhibits such as the Hall of Mammals, the Hall of Dinosaurs and the Insect Zoo.

Salvadore Dali’s surrealist creations always involve being unsettled and yet compelled. Now that sense can be evoked at home too. Nestled in the picturesque Catalonia region of Spain is the town of Figueres, which is home to the Dalí Theatre-Museum, which is completely dedicated to Dali’s artworks and now offers online tours.

For visitors, Rome is all about contending with the problem of plenty. There’s always something more to see. But nothing is more compelling than the Vatican’s immense and spectacular collections, culminating in the sheer awe-inspiring walls of the Sistine Chapel and Michelangelo’s ceiling. The extensive collection of important art and classical sculptures that have been curated by Popes over many centuries are now available to the armchair traveler. 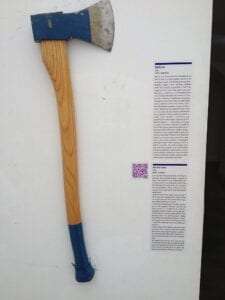 It’s been a tough year all around, and it has taken its toll in unexpected ways. Especially relationships. So nothing can be more appropriate than Zagreb’s quirky Museum of Broken Relationships. It is a lovely commentary on how fragile relationships are and hopefully provide a wakeup call to not take things for granted. While the exhibits might elicit a chuckle at first glance, each has a poignant and deeply moving story behind it.

One of the most ambitious projects ever, the Google Art Project puts masterpieces all over the world on your desktop, including such destinations as the White House. What is more, the artworks come in high resolution. Google has partnered with more than 1,200 cultural institutions from all over the world to archive and document priceless artworks and provide virtual tours of museums using Google Street View technology.