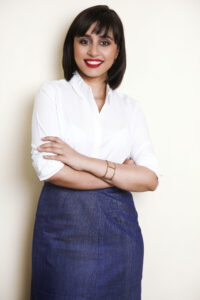 BoxEngage is India’s answer to Tik Tok, a video-sharing platform, filling the void created when the Indian government banned 59 Chinese apps. The virtual platform, co-founded by Shivaarti Bajaj, since rebranding (it was called GoParties, and was an offline events and ticketing platform), has gained more than a million Indian content creators to date!

Other than commenting or following posters, content creators can form a bond with clients though short live streams, longer pre-recorded videos, or private sessions. Bajaj, an intellectual property rights attorney who decided on the change of strategies, spoke to SEEMA about her new venture.

Tell us a bit about yourself.

My father was in Indian Air Force, and my mother was a homemaker. I have grown up across various countries and multiple cities. My brother is a qualified lawyer and he runs a law firm, RSD Bajaj Global LLP, which has also received various awards for being India’s first AI-enabled full-service law firm.

BoxEngage has pivoted from GoParties, another largely successful endeavor of yours. Could you tell why you did that?

GoParties was born out of an inherent need for people to step out, especially for entertainment, with the central focus being music, crowd quotient, and safety. It was a real-time discovery and booking platform.

BoxEngage was birthed in the middle of the pandemic. Video streaming is the way in. It is essential that the model lasts beyond a few months of lockdown, and has a market it can cater to even in the new normal.

How did you and the other co-founders determine what the right product market fit was? For instance, was there a gap in the Indian market for a platform like BoxEngage?

Why choose BoxEngage? What are the advantages?

It’s a multi- video platform – for short and long form videos/content that’s built and conceptualized completely in India. One can host their own content and end- to end functionality for a user to not only upload content, but also host one’s own experiences on it.

How does BoxEngage differ from TikTok?

BoxEngage hosts short and long form videos/content, whereas TikTok hosts only short videos. Also the engagement differs between the two platforms. However, the ban on TikTok did send BoxEngage viral. A massive surge in traffic was there because of that.

What are your hobbies?

Reading – a plethora of topics and books – and, at times, writing. Also, swimming and golf.

What’s it like being female in a male-dominated industry? What is your message to other female entrepreneurs?

Being a female is a bit of a challenge but it comes with its own bucket of advantages. I would strongly recommend all women entrepreneurs to follow their ideas and thoughts and to keep moving forward. Because having such a high level of involvement of women at workspace is also new for men and everyone around. So only you know what is best for you and making it work will always count.

Check out our other articles on Indian women entrepreneurs here.