The term ‘superfood’ has a certain appeal to it. It implies something is packed with health, goodness and extra benefits. While there has been much discourse on the veracity of all of this, it is undeniable that the pandemic has brought the debate front and center, especially with widespread talk about superfoods for immunity.

The Harvard School of Public Health clearly says, “There’s no scientifically based or regulated definition for superfood,” but goes on to add that, “generally, a food is promoted to superfood status when it offers high levels of desirable nutrients, is linked to the prevention of a disease, or is believed to offer several simultaneous health benefits beyond its nutritional value.”

Echoing that view, Sheela Krishnaswamy, a Goa-based nutrition and wellness consultant, adds that it is better to focus on inherent benefits.

“I think all foods have different benefits and they work synergistically in the body to produce the desired health effects,” she said. Nevertheless, she acknowledges that it is a term used to promote a food or ingredient, pointing out that “some traditional Indian foods/ingredients that have become ‘superfoods’ in the West are turmeric, coconut oil, drumstick leaves, etc.” 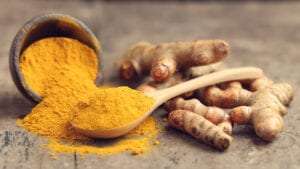 Turmeric has been the topic of intense deliberations as scientists argue about its benefits. Almost certain to have originated in India, turmeric is no stranger to Indians or Indian cooking and is considered to be among the foremost superfoods for immunity. It has also been a crucial ingredient in Ayurveda and so its ancestry goes back several millennia. It reportedly helps mitigate, even cure, several diseases and conditions, including cancer. There is also some evidence that it helps fight heart disease, improves liver function and is a brain food. Ginger, a close relative, is also described as a superfood. 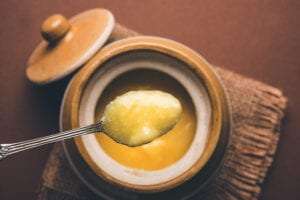 In India, history and mythology seamlessly intertwine with each other. As early as the 300 BC, the Charaka Samhita talks of ghee as the promoter of health, memory, intelligence, vital fire and vital essence of the body. It is also inextricably linked to God and religions, and no worship is ever complete without it. Much maligned in recent decades, it has now come into its own, its health benefits being recognized fairly widely. For chef Abhijit Dwarakanath, ghee is a favorite cooking ingredients.

“Ghee is a superfood as it houses essential vitamins and omega fatty acids,” he says. “I prefer ghee to oil because it has a high smoking point and also the longest shelf life when stored at room temperature. It is also lactose free and is a natural fat. Plus, it gives amazing aroma.” 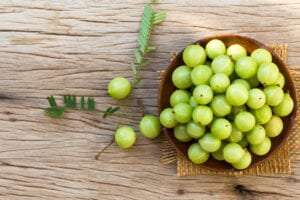 Perhaps the oldest-known fruit, at least in India, is amla (Indian gooseberry), with references going back to the Puranas and the Vedas. It has a peculiar amalgamation of tastes and can be sweet, sour, bitter, astringent and pungent at the same time. It packs a wallop as one of the best superfoods for immunity and is known as a digestive, liver tonic, blood purifier, rejuvenator and anti-diabetic. In her book “The Everyday Healthy Vegetarian,” author Nandita Iyer. who also blogs at saffrontrail.com, says, “Amla has an impressive ORAC (oxygen radical absorbance capacity or the antioxidant content) score of 261,500.”

Clearly, Indian cooking is replete with the use of these ‘superfoods,’ something our ancestors possibly knew instinctively, and so included them in the daily diet regimen. All that needs to be done is to probably take a leaf out of their eating habits.

Want some superfood recipes? Check out some delicious meals here.